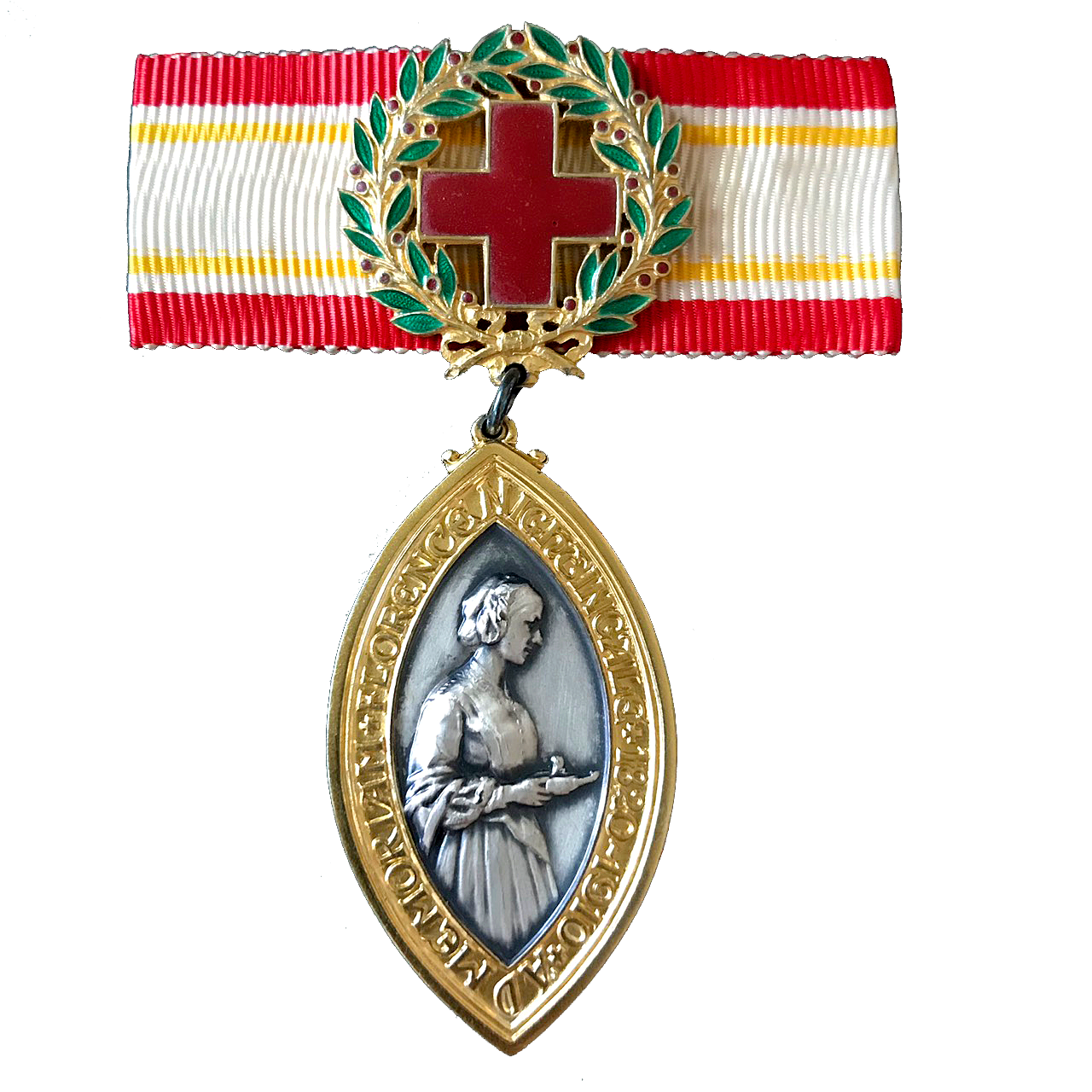 These are the words engraved on the back of the Florence Nightingale Medal Nobu Madanbashi received in 1985.
Thank you for visiting our website.

When we were considering how best to pass down the story of Nobu Madanbashi, the head nurse who fought on the front lines of the Battle of Okinawa and dedicated herself to the reconstruction that followed, we felt that relating Nobu’s journey as a tale—much like that of Florence Nightingale, still beloved around the world—might help contribute, even a little bit, to the realization of peace around the world.

Thus, we founded the Nobu Madanbashi Institute in November of 2017. Through the precious materials left behind by our mother and Nobu, as well as by visiting former Battle of Okinawa sites, we reflected on the “spirit” of our forebears and Nobu who built this beautiful island’s history.
We also learned the history of the Battle of Okinawa and nursing, and we worked to convey it in a simple manner to the parents of our generation and the younger generation as well. In addition, we felt that teaching about the history that cultivated the “spirit of nursing” and deepening the interest of all those involved in the nursing profession, as well as future aspiring nurses, would serve as a means of conveying Nobu’s encouragement and message. So we created the website Mother Nurse and released the picture book “Sukubun.”

It has been 75 years since the war that claimed so many precious lives, and we are approaching a time where few remain from the generation that experienced it. For our generation, which has been able to enjoy the peace and plenty of the postwar era, we believe that respecting one another, appreciating all around us, honoring the spirit of our forebears who built our history, and passing this spirit down to the next generation are the most important things of all.

We hope that all who visit this site reflect on the history of the war and the spirit of nursing through their encounter with Nobu Madanbashi, the Nightingale of the southern islands. It is our hope that visitors will use this as an opportunity to think about peace and connect with others, if even just a little.
We also would appreciate if visitors could support our initiatives as well as the efforts of the Okinawa Nightingale Project, which aims to spread the spirit we advocate around the world.